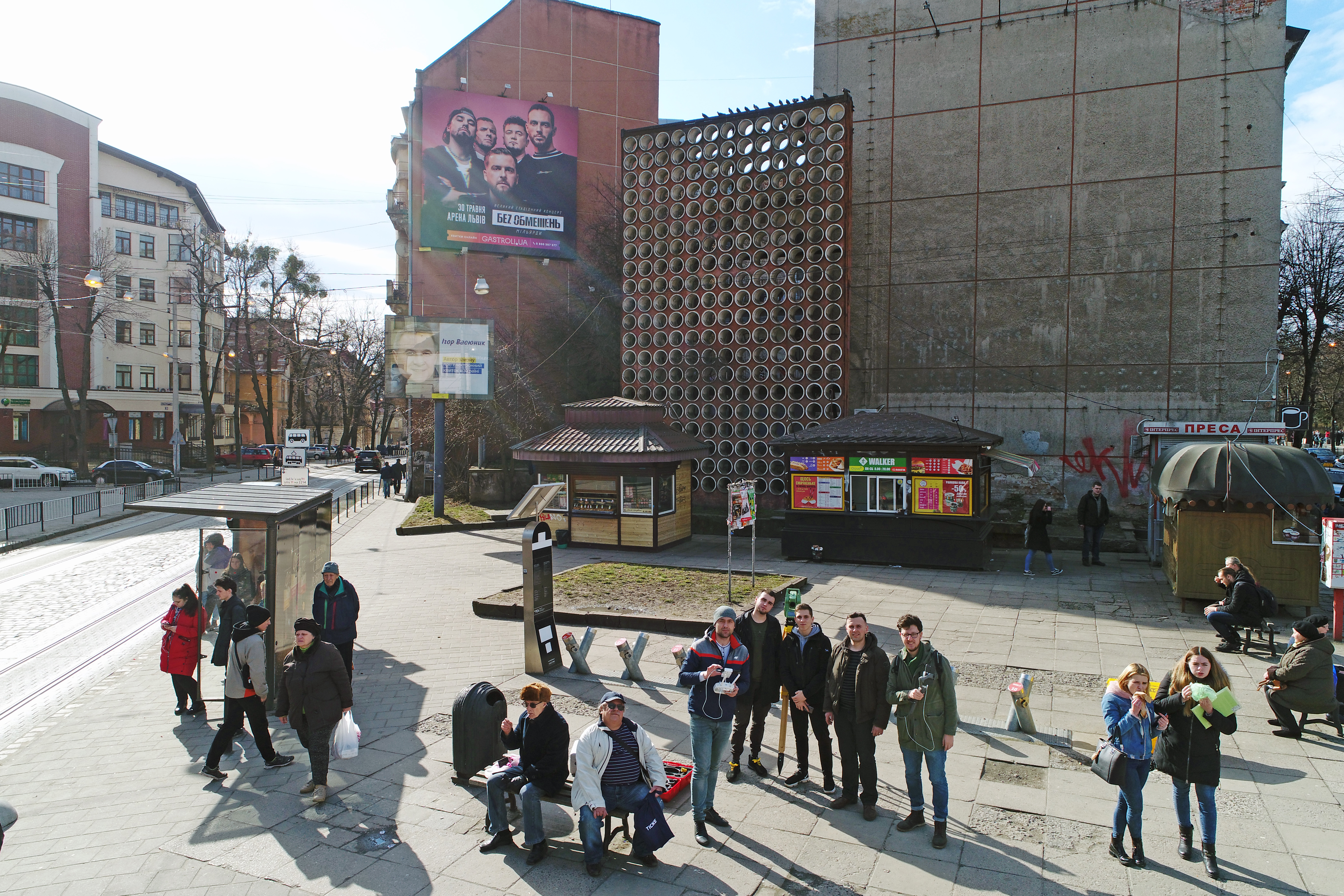 The space at the crossing of Bandera and Henerala Chuprynky Streets is an example of the vulnerability of urban infrastructure objects to climate change. Intense transport traffic, small shops, continuous layer of the cobblestones, complete lack of landscaping and additional sources of moisture which cause the formation of a “heat islands” here on hot days and affects negatively on the well-being of the residents of nearby houses, users of public transport commute “Lviv Polytechnic”, pedestrians. 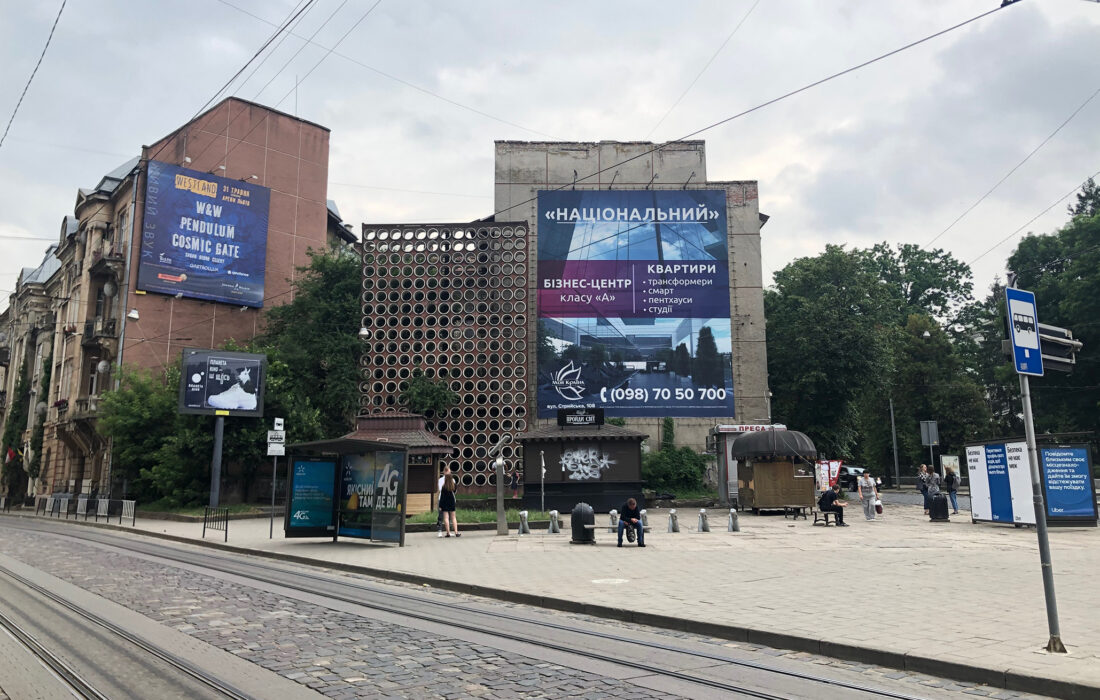 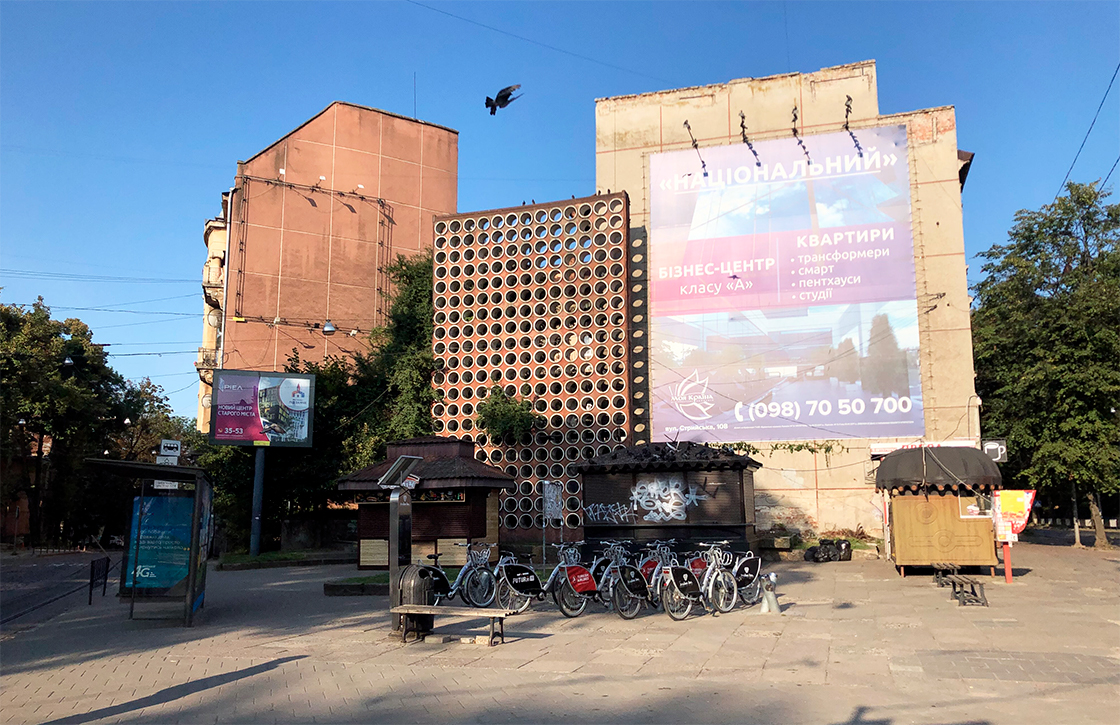 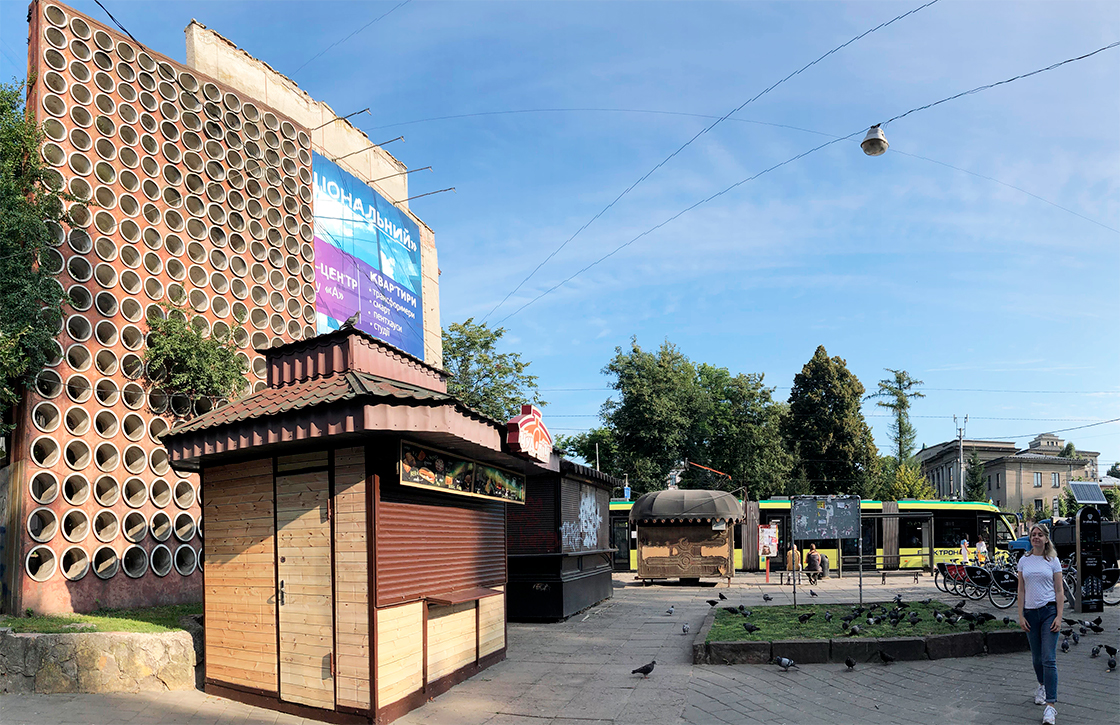 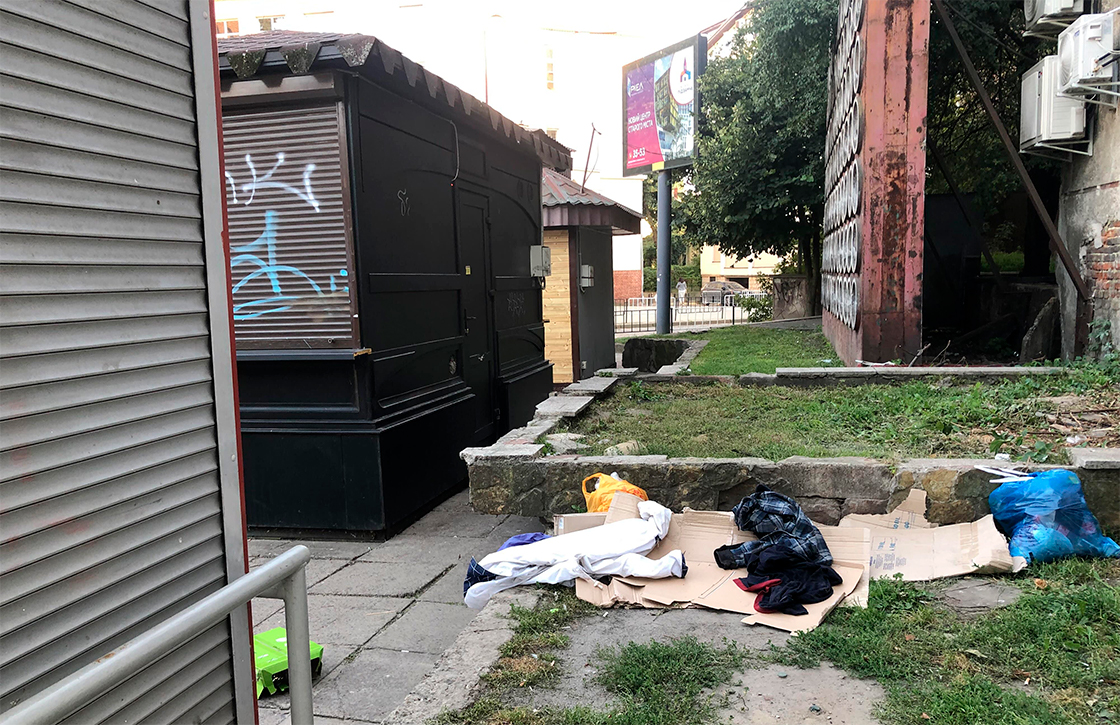 Taking into account the European experience of the adaptation of cities to climate change, we proposed improvement of public space with elements: 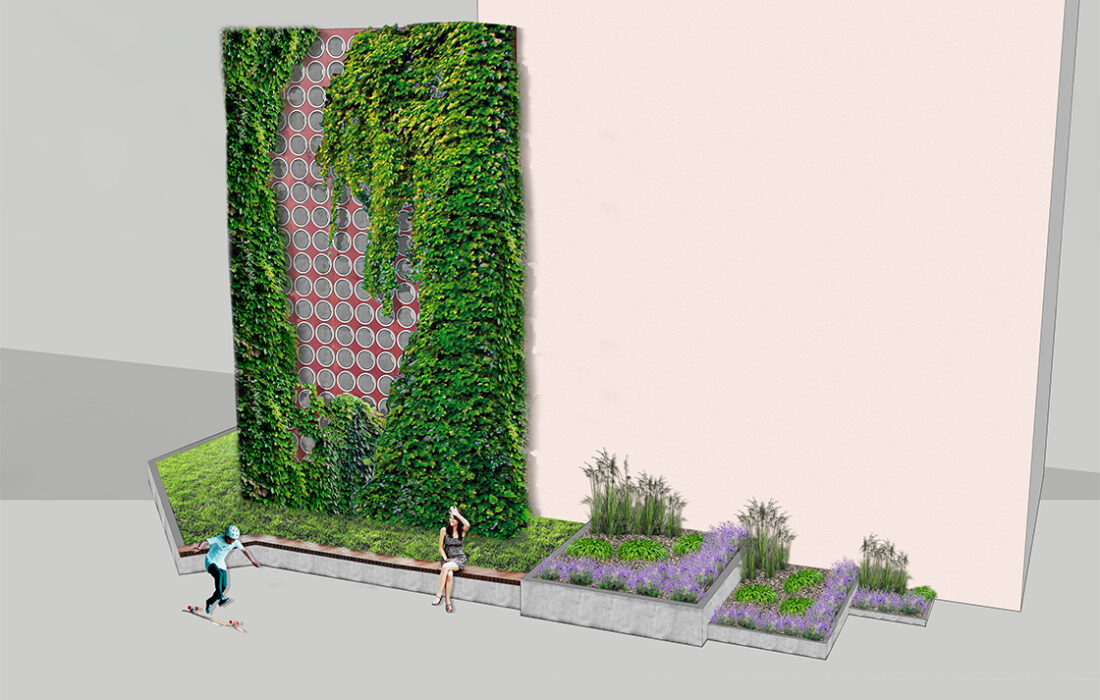 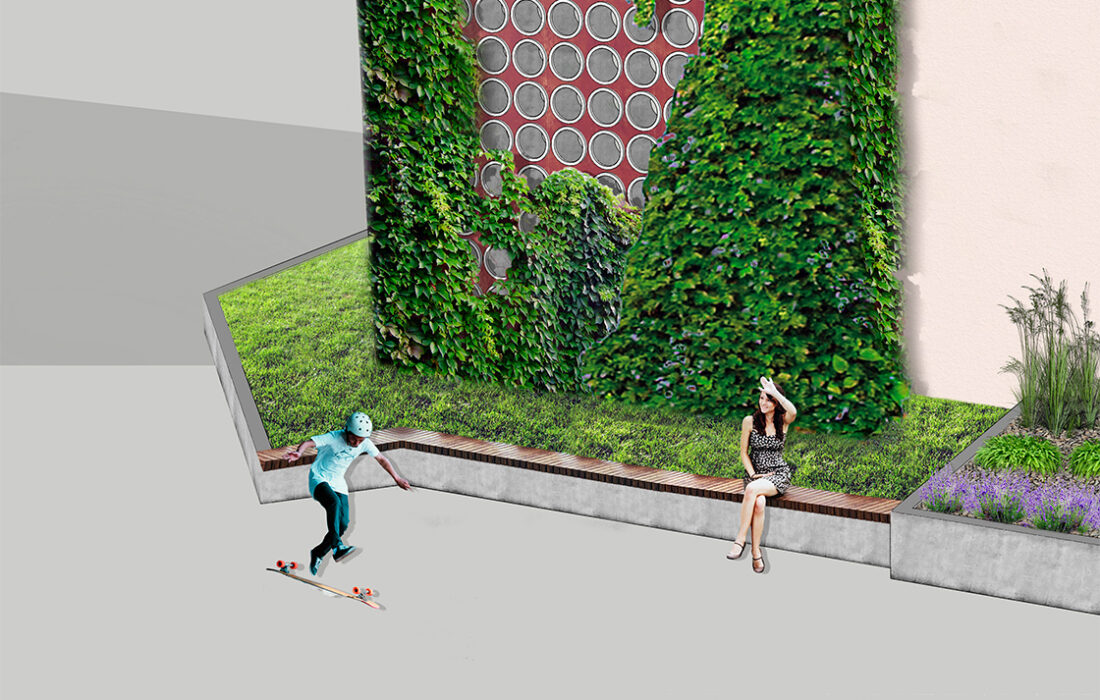 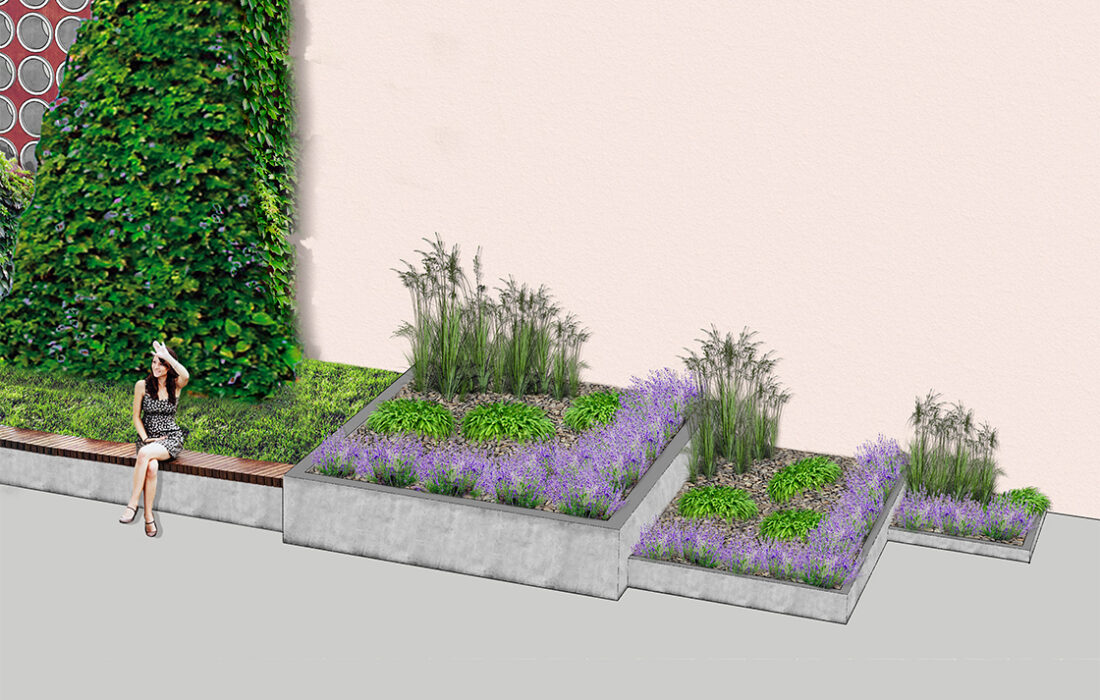 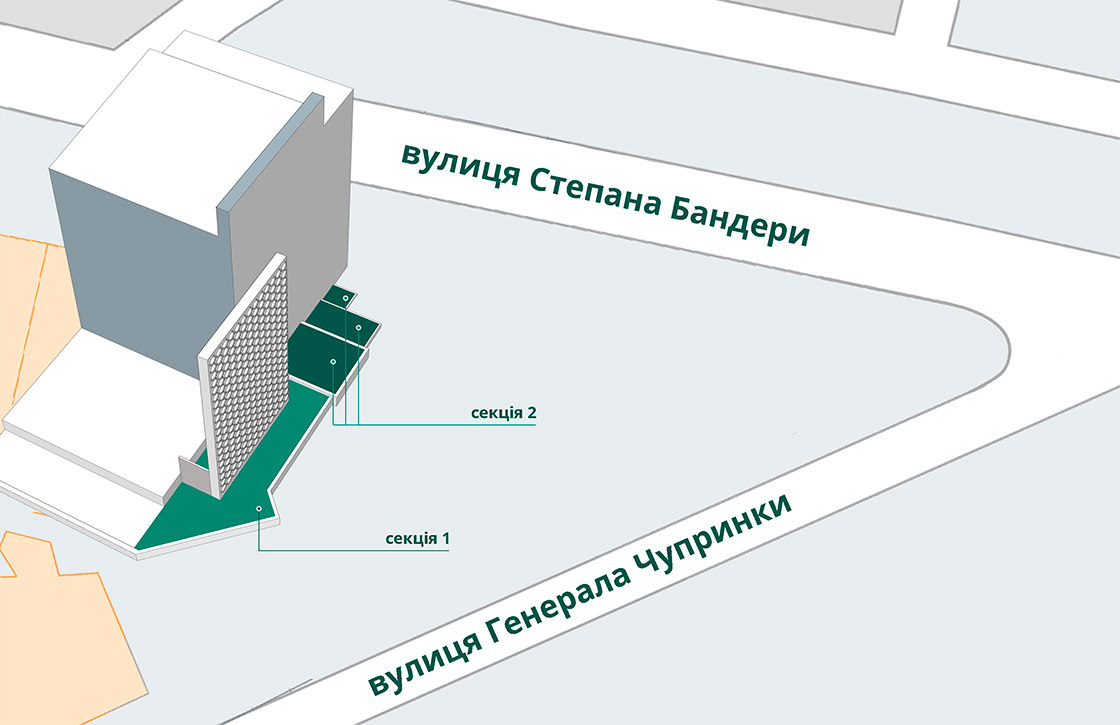 Our first step towards the implementation of the project was the campaign within the Lviv Public Budget in 2019. Then 127 inhabitants of the city voted for the project. In the ranking of projects in the Halytskyi district, the project took 6th place.

The work on advocating for change within space resumed in the spring of 2020. After researching relevant information from the answers to numerous questionings, the project was optimized as well as its financial estimate and the visual part. Due to the cost, at this stage, it was decided to abandon the arrangement of places for recreation near the wall due to the installation of the summer terrace near the house 15 on the Bendery street by one of the food establishments so the location of the rain garden was changed. In May, with the support of caring volunteers and the administration of Halytskyi district a rain garden and vertical landscaping were carried out. All the necessary materials for the works were purchased with funds raised as part of the crowdfunding campaign – UAH 8,250.

It is expected that vertical landscaping will compensate the overheating of the wall in the summer over time as well as generate additional shade and provide more moisture return to the atmosphere. Plants acting as a filter will also help to improve air quality which is especially important in this area due to its proximity to the area of ​​heavy traffic.

The first public rain garden in Lviv is a permanent flower arrangement in which plants preserve and clean rainfall due to a multi-layered drainage system.

Within the project, a gutter from the roof of a neighboring house №15 on the Stepan Bandera street was specially extended to the rain garden to remove excess moisture, which used to accumulate near the foundation of the house and create troubles to its residents.

We hope that the landscaping project will not only reduce the temperature vulnerability of the area but will be the beginning of building a comfortable, aesthetic, and green recreation space that will be released from systematic littering, unpleasant odors, and crowds of people predisposed to alcohol and drug use.

Our NGO has already appealed to local governments to promote a comprehensive rethinking of the space at the crossing of Bandera and Chuprynky streets. We invite everyone interested in further communication.

Over time, project information will be updated.